The most beautiful caves and grottoes in the world

The most beautiful caves and grottoes in the world

Our planet is amazingly diverse and rich in natural wonders. For millions of years, wind, precipitation and water have created unique masterpieces on it, including the most beautiful caves in the world. All of them, previously hidden from human eyes, amaze with their originality – either they emit enchanting melodies, or they glow like a starry sky, or they admire the beauty of bizarre formations. And in some caves and grottoes – water is clearer than tears, there are ice sculptures, underground waterfalls and many other amazing wonders of nature.

Worthy of the attention of a curious tourist, caves and grottoes exist on every continent. These are the real secrets of nature, accidentally discovered by people, where a special world was formed – with rivers, forests, mountains, its own inhabitants and picturesque stalactites and stalagmites. 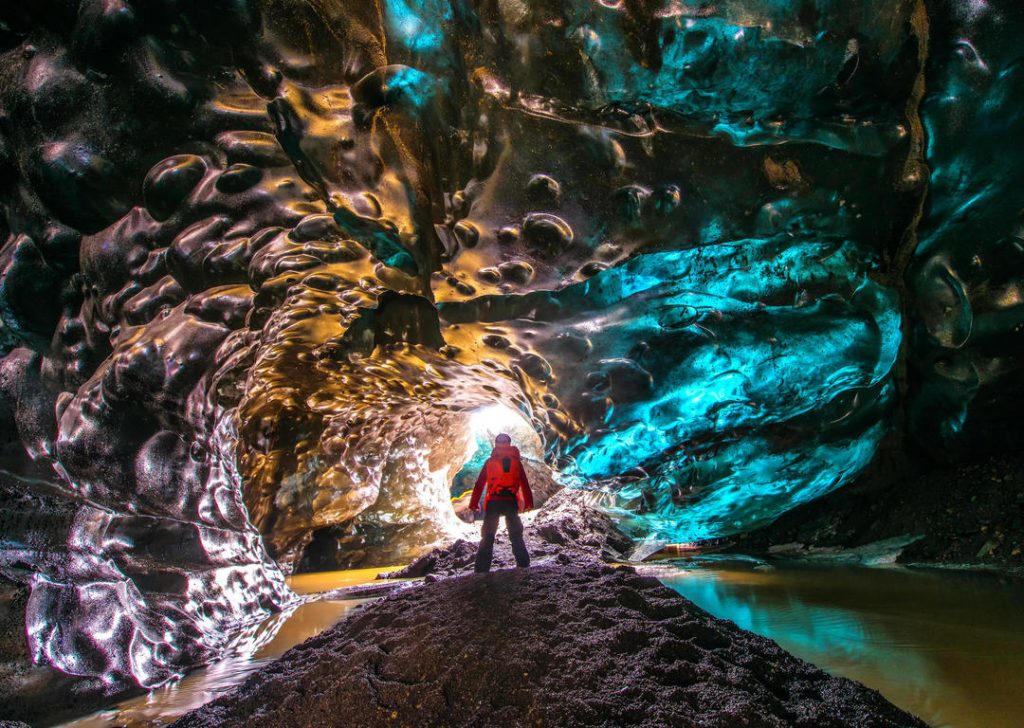 One of the most beautiful natural places on the planet is the Marble Cave. They are a national monument of Chile and are located on the western shore of the glacial lake General Carrera in Patagonia. Almost in its center stands a lonely island, as if hanging over crystal water. Inside this piece of land, there are caves that look like bizarre labyrinths painted by a talented artist. For more than 6,000 years, water and wind have worked to create these patterns, washing them into the rocks. This is how marble stains appeared – from milky to blue-gray, and in some places even pink.

Marble Cave is a unique attraction in the world that leaves an indelible mark on the heart. They are especially beautiful in the morning, when the sun’s glare plays in the azure waters of the lake and is reflected on the rock.

In the Mammoth Cave National Park, located in the state of Kentucky, there is a karst cave system of the same name – the longest in the world. Its investigated part stretches for 676 km and has 225 underground passages, about 20 large halls and more than 20 deep mines. Inside there are underground rivers, tunnels, labyrinths and picturesque formations that have been formed for millions of years.

You can visit the Mammoth Cave as part of one of the many excursions. Guests are offered a variety of options. Their duration is from 1 to 6 hours.

The Blue Grotto is the most famous attraction on the island of Capri in southern Italy. It strikes with ultramarine blue water, the reality of which is hard to believe. This amazing shade is due to two sources of sunlight – surface and underwater. You can get into the grotto through the only entrance, no more than a meter high. In the absence of waves, boats swim here.

The best time to visit the Blue Grotto is considered the period from 12:00 to 14:00, when the sunlight penetrates the maximum inside. However, to avoid waiting in line, it is better to travel in the morning.

Fingal’s cave is located on the uninhabited island of Staffa on the west coast of Scotland. It has a very unusual appearance – its inner walls consist of hexagonal basalt columns. Some visitors assume that they were built by human efforts, but in fact they are a creation of nature. In addition, the cave has a natural arched roof. Therefore, when the waves hit the ancient stones, there is a sound that resembles a real melody.

Many famous people came to see this unusual miracle of nature. Among them are Queen Victoria, Jules Verne, Walter Scott and others. 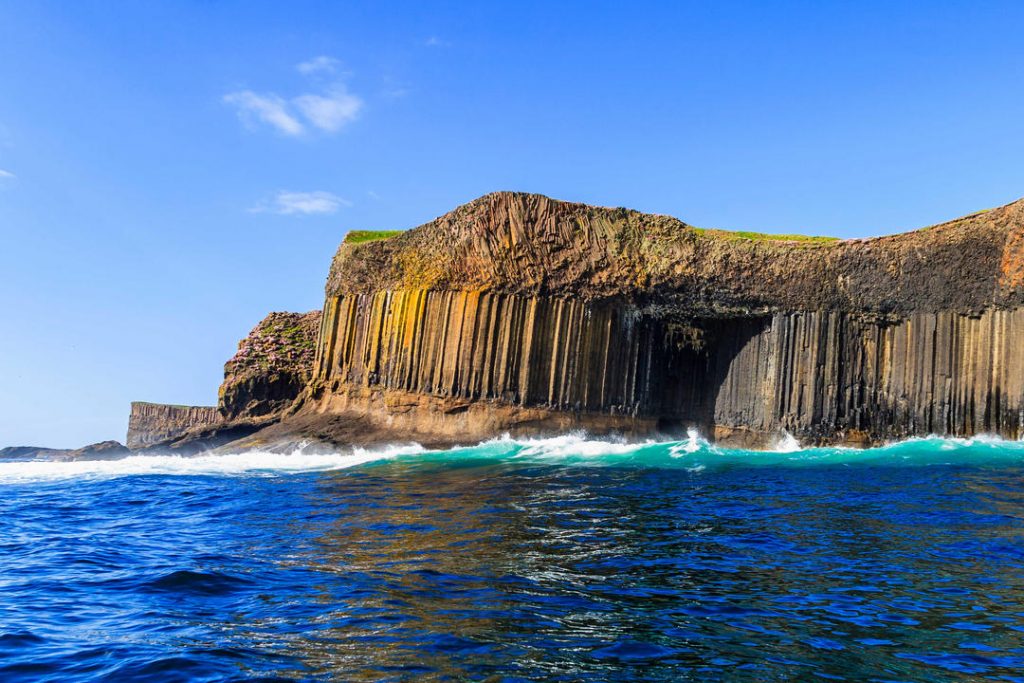 Among the most famous caves in the world are the Waitomo Glowworm Caves on the North Island of New Zealand. They are known for their species of mushroom mosquito, Arachnocampa luminosa, which glows in the dark and is endemic to this country. During the tour, tourists are guided through three halls. In them you can see an extensive system of underground rivers and stunning formations of stalactites and stalagmites, pillars and columns. The tour ends with a boat ride through the Glowworm Grotto along the Waitomo Underground River, where the only source of light is tiny mosquitoes that create a sky of living lights.

Tourists should keep in mind that the best time to visit the Waitomo Glowworm Cave is from December to March. You cannot take pictures inside it, because Arachnocampa luminosa can die from the camera flash.