Marmaris is a resort for active recreation

Marmaris is a resort for active recreation

The city of Marmaris is located on the southwestern coast of Turkey – a resort city and one of the two main centers of the sailing industry. Already in the evidence of the 11th century BC. there are mentions of Fiskos (that’s how Marmaris was called then). It passed from the Persians to the Romans, was annexed to Byzantium and plundered by the Arabs. 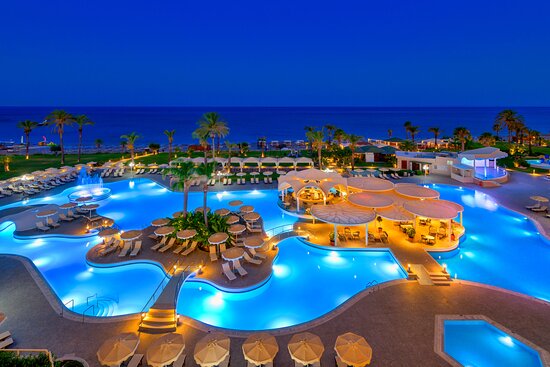 In the 15th century, the city was captured and finally annexed to the Ottoman Empire. And in the 16th century, Sultan Suleiman the Magnificent ordered the construction of a fortress – and the city received its modern name “Marmaris”, which is translated from ancient Greek as “shining” or “brilliant”.
Already in our time, in 1957, the city was badly damaged by an earthquake, and it had to be rebuilt anew.

The climate in Marmaris is typically Mediterranean. However, compared to Antalya, Marmaris wins – the climate here is milder, as there is no such high humidity, and the annual air temperature is almost 5 degrees lower. The water temperature in the sea is lower. The bathing season begins in May and lasts until the beginning of November.

What is interesting in Marmaris

Before you buy a tour to Marmaris, you should know that it is not for nothing that this city is compared to Ibiza – it is not a place for lovers of a relaxing holiday. It has a large number of night bars and clubs, where the fun ends only in the morning. The city is very loyal to its guests and there are no restrictions on clothing or anything special regarding behavior.

Marmaris is a city of active recreation

The international level of the beaches and the sea of ​​Marmaris is confirmed by the presence of the Blue Flag on the city embankment. Water entertainment is offered for every taste: windsurfing, water skiing, parasailing and catamaran riding are available here.
In Marmaris, great attention is paid to sailing. The city has several marinas – specially equipped yacht parking lots, regattas are held regularly. If desired, the yacht can be rented; if there is a need for an experimental skipper or team, the marina will help solve this issue as well.

When buying tours to Marmaris in June 2014, you can get to the Channel Regatta, which will take place from June 20 to 29. And in a month, from August 16 to 23, the MIYC LORYMA Summer Cup will be held in Marmaris.

The abundance of bays in the vicinity of Marmaris created ideal conditions for diving enthusiasts. Those wishing to swim in the water are offered diving routes for any level of training, from a beginner to an experienced diver. – After all, there are more than fifty interesting places for scuba diving on the coast of Marmaris. Those who like to tickle their nerves will be offered rafting on the Dalaman River or extreme excursions in the surroundings: safaris on jeeps, ATVs or buggies.
Excursion programs are also very diverse: these are trips to the ruins of ancient cities and visits to natural wonders such as Pamukkale or Karahayit. Sea excursions are especially worth noting – an unforgettable trip to the islands of the Aegean Sea or a visit to the Dalyan Nature Reserve and Turtle Island.

Turkey in the summer becomes a paradise for tourists: the presence of sea resorts and historical and natural attractions ensures a constant influx of guests from all over the world. A well-developed public transport system, along with a high level of service and the sincere kindness of the Turks themselves, make the country a desirable vacation spot for tourists from various countries.